On Thursday 14th March, Gina & Dennis Birch were presented with three framed photographs, courtesy of boat enthusiasts appreciative of the warm welcome offered to visitors to the Lamb & Flag.  Welney is listed as a destination for boaters by the Inland Waterways Association (www.waterways.org.uk).  Thank you to John Revell for telling us about the presentation and congratulations to Gina & Dennis for receiving this accolade. 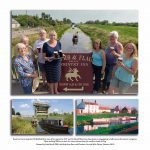 The photographs show that boats have been using the Old Bedford River since it first opened in 1637.  The Inland Waterways Association is campaigning to fully restore this ancient navigation.  Those reaching Welney are sure of a warm welcome from the excellent Lamb & Flag.

The awards, run by the Society of Independent Brewers (SIBA), were held at Elgood’s before this years’ beer festival opening, and are judged by brewers and beer experts.

Elgood’s head brewer Alan Pateman, said: “This award is recognition of the hard work that has gone into developing our new-style beers which come from a completely new style of brewing.”

“Our unique, spontaneously fermented sour beers and fruited wheat beers are a new thing for many British drinkers but our Cherry wheat is sweeter and fruity and proving really popular thanks to its approachable, full fruity flavour.”

The finals of SIBA will be held in Liverpool next year. See the full article by John Elworthy in the Wisbech Standard. 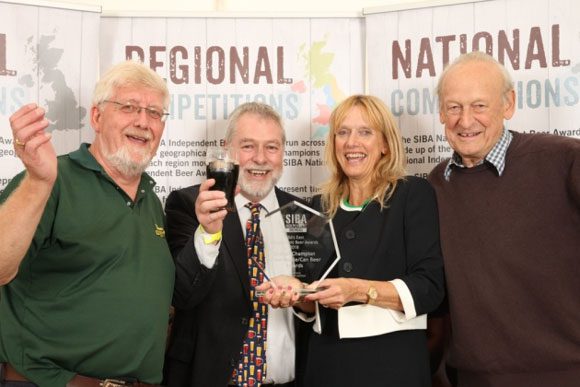 The competition, in which four other Elgood’s products also won awards, took place immediately before the opening of the three-day Elgood’s beer festival.  The “not for profit” festival featured over 150 beers from independent craft breweries and was attended by around 1,000 visitors.  There was live music each night from local bands “Toadfish Bone”, “The Cherry Reds”, “Bewildered” and “The Rusty Relics”.

All proceeds from the festival, after the deduction of overheads, will be presented to the following local Charities:

See All of Our News