We are delighted to report a very successful Beer Festival this year.  More than 900 people attended over the three days of the festival.  Over 150 beers were available, offering everything from refreshing low-alcohol ales to stunning high ABV porters and stouts.

Entertainment was provided by old favourites Dr Busker and Bewildered as well as up and coming local band Animal Bar.  Local folk band The Rusty Relics played for the Saturday afternoon session and were very well received. 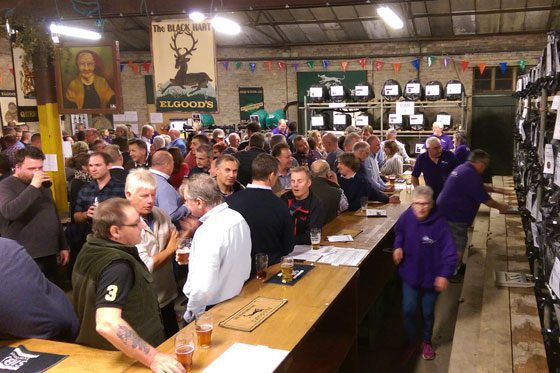 The festival, which is in its 7th year, is organised on a not-for-profit basis, using the beers entered for the SIBA East annual beer competition.  All money raised is donated to local charities.  This year £2,000 will be shared between Ravenswood Pet Rescue, Rare Brain Tumour Research, Norfolk Hospice Tapping House and the Ferry Project.

Next year’s festival has already been booked for Thursday 20th to Saturday 22nd September 2018.