We will be closing our gates on Friday 27th March in line with the Government’s emergency measures.

We will be monitoring phone messages and emails but the site, including our shops, café and gardens & visitor centre will be closed. We will also be closing our online shop.

As soon as the emergency is, over we will be back with our full range of award-winning beers, our beautiful gardens will re-open and there will be a warm welcome back to all our customers, suppliers, visitors and friends. Stay Safe.

For further information and enquiries, please call
01945 583160
or email
info@elgoods-brewery.co.uk

We have a requirement for an experienced LGV1 driver to join our family team.

To apply, please send a CV with covering letter to:

Wisbech Brewers, Elgood & Sons, were delighted to hand over cheques to two of their chosen charities.

The presentation took place on Friday 13th December at the North Brink Offices of Elgood & Sons where cheques for £620 each were  presented to the Arthur Rank Hospice Charity and East Anglian Air Ambulance.  The sum represented a year of fundraising, with money coming from the two Craft Fairs held in the Brewery Gardens and the September Beer Festival, as well as a raffle organised by Sheila and Dave Dyer at the Father’s Day Jazz Event, a donation from Skylark Studios and many more donations throughout the year.

Elgood’s Managing Director, Belinda Sutton, was very pleased to be handing over the cheques to two such deserving charities and congratulated everyone involved in the fund-raising on their hard work and generosity.

Belinda Sutton and Nigel Elgood present the cheques to representatives of the Arthur Rank Hospice and East Anglia Air Ambulance. 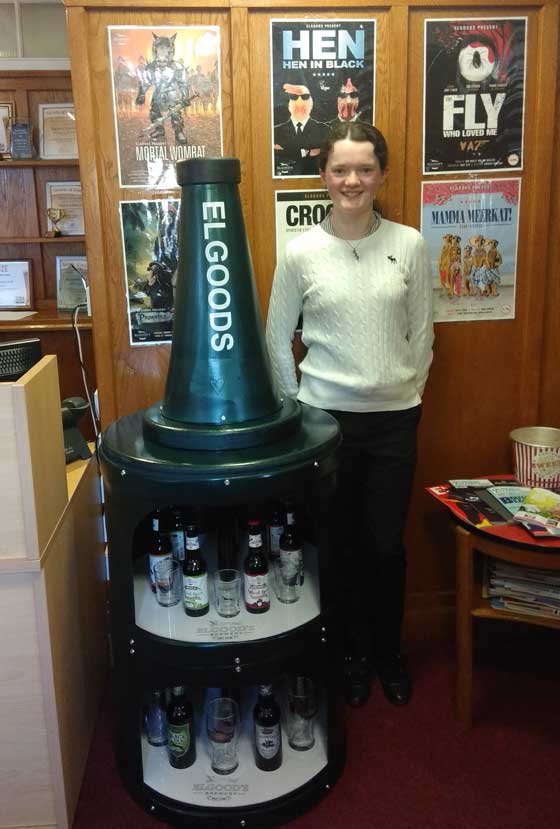