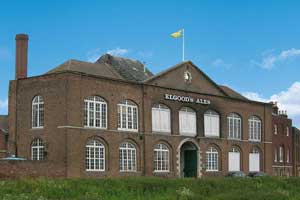 The North Brink Brewery was built in 1795 and purchased by the Elgood family in 1878. The family extensively renovated the brewery in the Georgian style and it became one of the first classic Georgian Breweries to be built outside London.

The brewery has an extensive history.

The brewhouse is a classic English Ale brewery and Elgood’s proudly carry on the brewing of their own beers for local and wider distribution across the UK.

The best barley provides the finest malt – the major raw material in brewing – and our barley comes from the Eastern Counties, mostly from North Norfolk . We have always selected only malt from the finest Maltsters to secure the quality we require for our ales. Our Head Brewer maintains a close working relationship with Maltsters and the Growers to ensure we always have the best malt.

The delicate balance of bitterness and aroma from the hops are the “spice” for our range of beers, we select the best quality for our blend of English aromatic and bitter hops – a wide range from UK grown Fuggles, Challenger, Goldings & Bramling Cross, to imported US varieties such as Cascade & Willamette. Each of our beers has a different blend of varieties, rich in hop oils, that impart a unique identity to our ales.

All breweries are fiercely protective of their yeast strains – their longevity provides continuity to the character of the beers produced. Our current Brewery yeast imparts a unique character to put the “Elgood Flavour” into our distinctive range of ales. It is a traditional top fermenting ale yeast, and is pitched from the crop of one brew to the next.

The ‘Brewing Liquor’ used at the Brewery is taken from the towns mains supply, and all water to be used for brewing (Liquor as the Brewer calls it) is treated to increase the hardness of the liquor. Wisbech is supplied from underground aquifers located in North Norfolk, and the water is filtered naturally through the chalk lands around the Marham area. 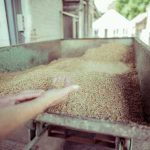 The process is carried out using equipment dating from 1910 to the present day, as a programme of refurbishment of the brewery has been sympathetically carried out over the last few years.

Visitors can see the 1910 Mash Tun, where the brews start their life, as hot brewing liquor is blended with the ground malt to make the mash, which produces the sweet wort full of malty flavour. 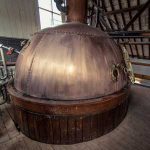 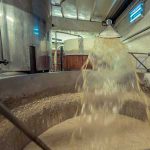 The hops are added in the 1950 Copper (made from copper!) and are boiled into the wort to add the bitterness and aroma. The hops are separated in the newly renovated 50’s Hop Back, now lined in stainless steel, and the wort is then chilled on an enclosed plate heat exchanger en-route to the Fermenting Vessels.

After the yeast has done its work the beer is moved to our modernised Tank Room for quality control checks, which include the all important tasting, before being packaged into either casks (for “Real Ale”) or kegs (For brewery filtered & conditioned beer) here at North Brink. Our range of Bottled beers are all brewed here and then sent to another brewer to condition and stabilise, before bottling on our behalf.

Elgood’s is also the only regional brewer in the country able to produce a Lambic-Style beer, due to owning a unique pair of open cooling trays, known as ‘coolship trays’.  These are needed for the brewing process, allowing the beer to cool naturally overnight, attracting a range of wild yeasts and flavours dominant in the area. The beer then undergoes a spontaneous fermentation over a period of six to nine months. 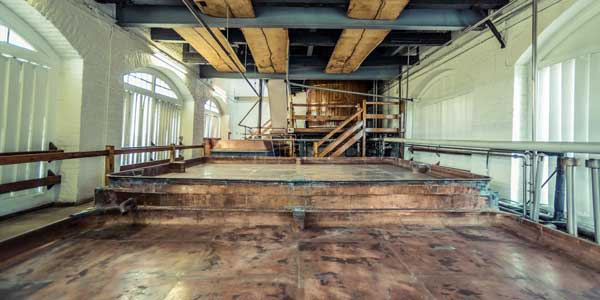 Elgood’s Brewery is very proud to be a family business and has been in the Elgood family since 1878.

Today’s Chairman is Nigel Elgood, who ran the brewery as managing director from 1968 to 2002.

In 2002 year he handed over the running of the business to the eldest of his three daughters Belinda, who became managing director. Belinda’s sisters, Claire and Jennifer, were appointed directors. Sadly Claire passed away in 2019 but Belinda and Jennifer continue to keep the business a family affair. 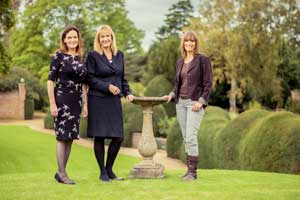