Wisbech Brewers, Elgood & Sons, were delighted to hand over a cheque for £1,500 to Rebekah Mills of Tapping House at the Brewery’s Christmas Open Weekend.

A raffle and other competitions held over the course of the weekend realised £200.  Prizes included a homemade Christmas Cake and Christmas Pudding, donated by Elgood’s employee Sheila Wright, who first came up with the idea of holding a raffle in support of the Hospice.  Other prizes included a ham donated by Plater’s Family Butchers of Wisbech, a hamper donated by the Brewery and several items donated by the various Craft Stall holders. 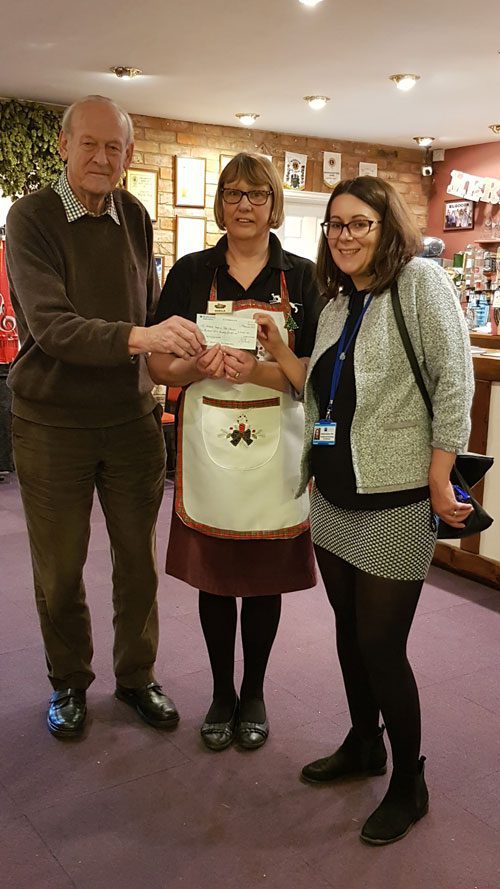 The proceeds from the weekend were added to those raised at various other events throughout the year, including the annual Jazz in the Garden afternoon organised by Dave & Sheila Dyer, which raised £450; donations and booking fees from the Craft Fairs in May and September, £490; Elgood’s Beer Festival, £221; plus several other individual donations.

Rebekah Mills of the Norfolk Hospice said, “We are extremely grateful to Elgood’s for their continued support over the years.  It was a pleasure to be invited to the annual Open Weekend once again and to receive a cheque for £1,500 for their fundraising efforts this year.  The Weekend, like all of the events organised by Elgood’s, is a wonderful event and it was lovely to see so many people there.”