Wisbech brewers Elgood & Sons were delighted to receive certificates for the prizes awarded to their “Harry Trotter” at the Norwich & Norfolk CAMRA’s 2013 Beer Festival.  Based on the very popular Plum Porter, Harry Trotter was the seasonal ale for October last year.

The certificates were presented at a well-attended award ceremony held at The Plasterers Arms pub, Cowgate, Norwich on Thursday 20th February.

The awards, which are voted each year by the drinkers at the festival were Gold in the Stout & Porter Category and Silver overall. 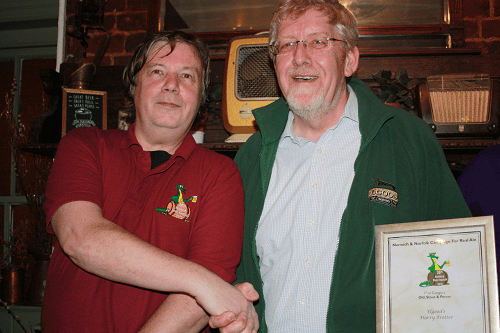 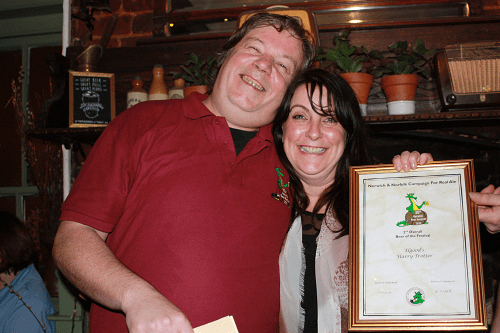