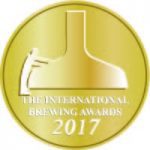 Wisbech Brewers Elgood & Sons are celebrating their most recent success at the International Brewing Awards, where they were delighted to be named Championship Winner in the International Speciality Beer Competition.

Trophies were awarded to only nine brewers and one cider maker at the award ceremony, which was held in London’s historic Guildhall on Wednesday 26th April at the Brewing, Food & Beverage Industry (BFBi) Supplier’s Association National Luncheon.  The event was attended by more than 400 people, including more than 125 brewers and cider makers from 21 countries.

Unofficially termed “the Oscars of the brewing industry”, the International Brewing Competition was first held in 1886 and is the oldest international brewing competition in the world.  Competition entries are judged by a panel of international judges, all of whom are experienced brewers and tasters drawn from fifteen countries. 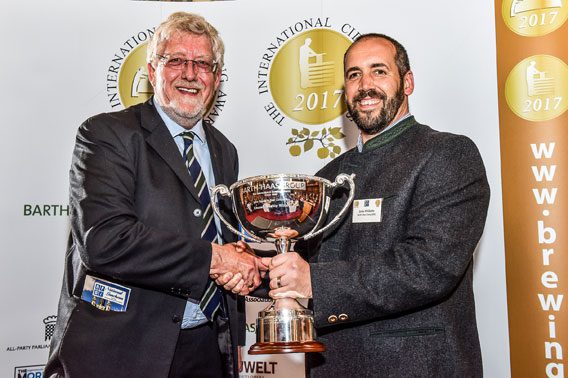 Elgood’s award was presented to Head Brewer Alan Pateman by John Willetts of Barth-Haas Group, the category sponsor.  Alan was very proud to receive the award.  “It’s unusual for an English brewer to make a sour beer.  Our Coolship Blonde received a silver medal at the awards in 2015.  To collect the Championship Trophy for Coolship Fruit this time is the ultimate accolade”.

Both Coolship products are available, from Elgood’s Brewery Shop, Visitor Centre Shop and on-line at www.elgoods-brewery.co.uk alongside our full range of bottled beers.